Farmdrop, the online grocery platform that connects farmers and producers directly with local customers, makes us all feel good about what we do.

Online grocery shopping has exploded globally, with particularly rapid adoption in the UK. Although the proportion of British shoppers buying their food online continues to grow – with the market set to double in value by 2020 to £17.2bn – online grocery shopping remains relatively underpenetrated at around 5% of total sales. Technology trends have allowed juggernaut supermarkets to innovate but the value chain itself has remained largely undisrupted. And growing consumer demand for convenient delivery of the highest quality, locally sourced food has remained largely underserved – until now. 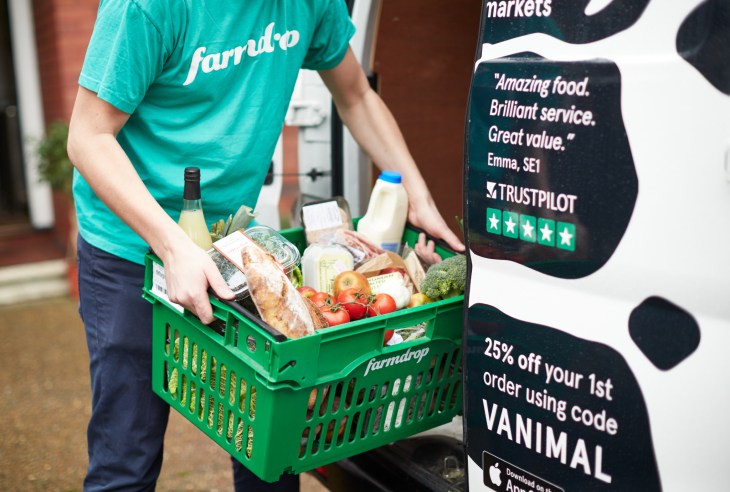 Founded by Ben Pugh, London-based FarmDrop has developed an online marketplace that lets people buy the highest quality, freshest food direct from local farmers and producers, who use the service to manage supply, reduce food waste and earn a better financial return. Ben’s achievement in raising a record £750,000 through crowdfunding was an early indication of consumer excitement for his vision, and the team has executed strongly to grow their customer base over 230% year-on-year since launching in 2014.

We’re proud to announce that we’re now leading FarmDrop’s latest investment round, worth £3m. Ben and his team have enormous ambition and proven traction, and we’re excited to work together as they continue to develop their product and reach greater scale.

We’re particularly proud to be investing alongside some of the UK’s most successful entrepreneurs, including: our new Entrepreneur-in-Residence and founder of Albion, Jason Goodman; Innocent founders Richard Reed, Jon Wright and Adam Balon via JamJar Investments; Jonathan Goodwin, founder of Lepe Partners and Founders Forum; Alex Chesterman, founder of Zoopla; and Quentin Griffiths, founder of ACHICA and ASOS. This consortium demonstrates yet again the crucial role that founder-funders play in supporting Europe’s next generation of breakout companies!

Back to Partnerships Next: CloudNC
This website uses cookies to provide you with a better user experience. By using this site, you accept our use of cookies.